Remember those old-school strategy board games from the past? Here’s the modern incarnation of tower games in our castle defense games!

Whether you’re a cunning archer or a brave knight, be ready to hide behind the walls of the tower – or towers – and withstand the tower rush.

Are You Ready To Defend Your Kingdom?

Start your epic castle story! Like in any tower defense, you will collect different resources. You’ll need those to build unique structures: from a simple tower to a huge ballista or turret! Upgrade them and get ready to fight dragons – it’ll be a HOT battle!

Defend your castle by merging resources. Combine them to get new powerful objects – a single tiny tower won’t save you. If you want to build a hero castle use some merge magic. Every item has unique protective functions!

● Kingdom Defense: use the daytime

Spend your moves to build structures during the day. As in most defense games and castle games, you have a limited number of moves per day!

The indicator above the Castle shows how many nights have passed. You won’t be able to make a hero tower in one day, naturally, but creating a perfect tower is possible. Build wisely!

● Search for gold and grab it

Merging games can’t fail to give you some sort of secret hint. Look for golden coins all over the field. Merge them into a Chest – it will refill your moves.

More moves mean stronger defenses, so try to take all the gold on the field to get the “merge house” hand!

Once you’re out of moves, the night will come. This is when the kingdom rush begins – dragons attack at night only.

Fight them off and don’t let those creatures reach your Castle. If dragons pass your defensive lines, your Castle Defense meter loses health!

You don’t need to perform any actions during the siege. Just watch how powerful your Castle is!

Use this short respite in this merge game to think about your future actions. Your defenses are never too good for a horde of dragons!

Each 10th day you will encounter the Dragon Queen, the giant dragon boss who’s here to Crush the Castle. Manage your resources carefully before this epic fight!

Your royal mages empower you with Swap, Delete, and Undo abilities in tower defense games. May those magic boosters make your merge tower experience delightful! 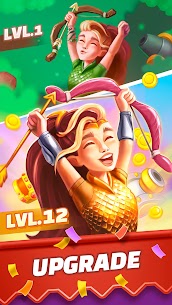 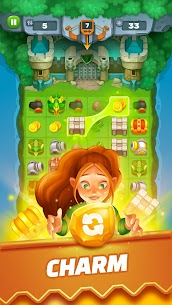 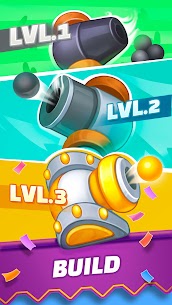 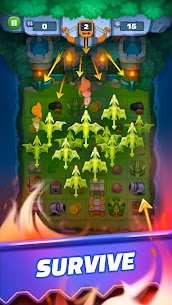