Biography of Caesar Augustus App About

Augustus (Latin: Imperator Caesar Divi filius Augustus;[nb 1] 23 September 63 BC – 19 August 14 AD) was a Roman statesman and military leader who was the first Emperor of the Roman Empire, controlling Imperial Rome from 27 BC until his death in AD 14.[nb 2] His status as the founder of the Roman Principate has consolidated an enduring legacy as one of the most effective and controversial leaders in human history.[1][2]

He was born Gaius Octavius Thurinus into an old and wealthy equestrian branch of the plebeian gens Octavia. His maternal great-uncle Julius Caesar was assassinated in 44 BC, and Octavius was named in Caesar’s will as his adopted son and heir. Then known simply as Octavianus (often anglicized to Octavian), he along with Mark Antony, and Marcus Lepidus formed the Second Triumvirate to defeat the assassins of Caesar.

Following their victory at the Battle of Philippi, the Triumvirate divided the Roman Republic among themselves and ruled as military dictators. The Triumvirate was eventually torn apart by the competing ambitions of its members. Lepidus was driven into exile and stripped of his position, and Antony committed suicide following his defeat at the Battle of Actium by Octavian in 31 BC.

After the demise of the Second Triumvirate, Augustus restored the outward façade of the free Republic, with governmental power vested in the Roman Senate, the executive magistrates, and the legislative assemblies. In reality, however, he retained his autocratic power over the Republic as a military dictator. By law, Augustus held a collection of powers granted to him for life by the Senate,

including supreme military command, and those of tribune and censor. It took several years for Augustus to develop the framework within which a formally republican state could be led under his sole rule. He rejected monarchical titles, and instead called himself Princeps Civitatis (“First Citizen of the State”). The resulting constitutional framework became known as the Principate, the first phase of the Roman Empire. 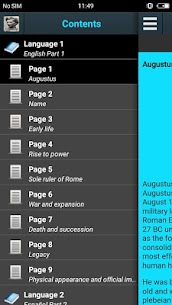 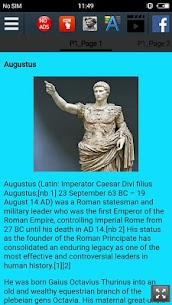 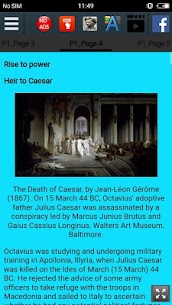 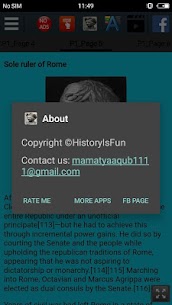 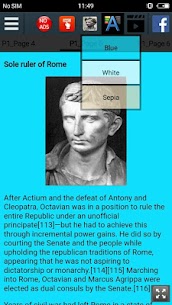