Whether you are recording using the internal mic or recording from a multi-channel USB audio or MIDI interface, Audio Evolution Mobile rivals desktop DAWs.

Audio Evolution Mobile Studio was chosen as the #1 Android mobile music app in Computer Music – December 2020 issue! Note that this is a TRIAL version of the full paid version and has several limitations:

• Mixdown is limited to 45 seconds

• The app will quit after 20 minutes

• The app will stop working after a while

• Flexible effect routing: an unlimited number of effects can be placed on a grid, featuring parallel effect paths.

• Automation of all mixer and effect parameters

• Import of many audio formats like WAV, MP3, AIFF, FLAC, OGG, and MIDI

• Unlimited number of tracks and groups

• Projects are interchangeable with our iOS version

In short: a complete portable multitrack digital audio workstation (DAW) that will replace your 4 track recorder or tape machine at an incredibly low price!

(*) The following optional in-app purchases are available in the full version:

• A custom-developed USB audio driver that bypasses the limits of Android audio when connecting a USB audio interface/mic: low latency, high-quality multi-channel recording, and playback at any sample rate and resolution that the device supports (for example 24-bit/96kHz).

Note that you are always free to try the Android USB audio driver without this in-app purchase (with the limits that come with it like high latency and 16-bit audio).

We also sell effects and content from other vendors at reduced prices in the full version: 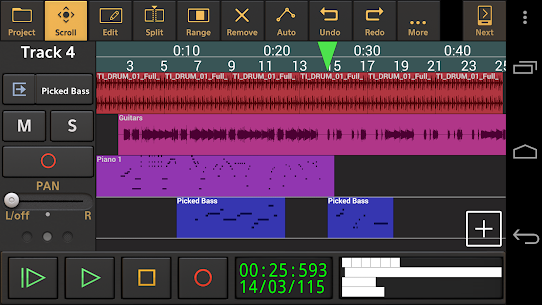 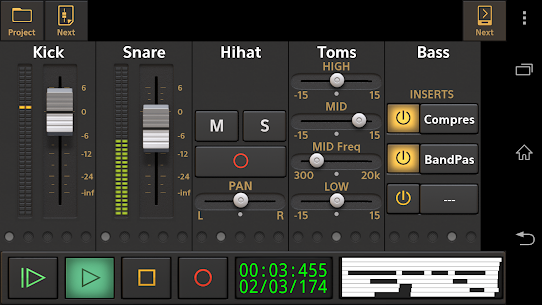 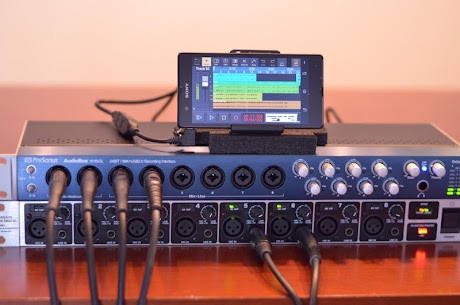 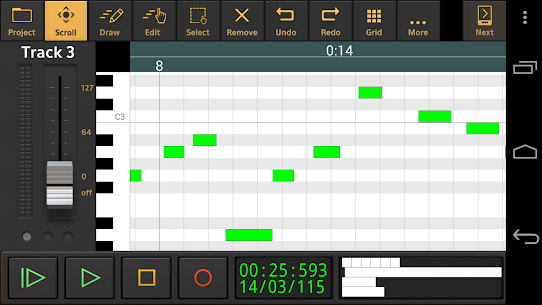 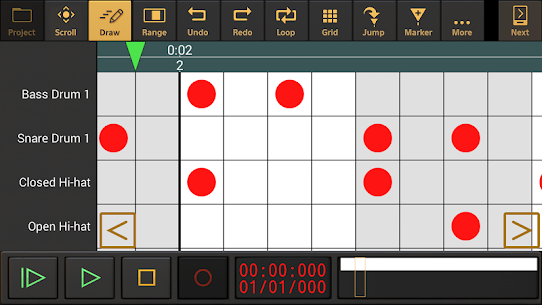 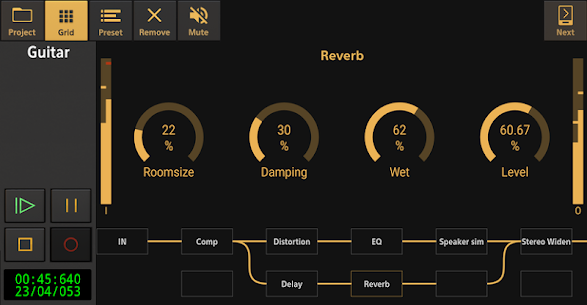